BBA design studio was established in Milan in 2005 by architects Barbara Ballabio and Andrea Burgio who have been working in the Interior Design field for the past 20 years, with a focus on high-end Retail projects.
Over the years, BBA has consistently collaborated with several Italian Luxury brands such as Valentino, Loro Piana, Versace, Giorgio Armani, Ermenegildo Zegna and Missoni, as well as with foreing brands and successfully opened thousands of boutiques around the world.
At the same time, BBA has developed important refurbishment and interior design projects in the heart of Milan in the residential private sector, working closely with the richness of the italian heritage and developing a more contemporary language. The studio strong creative know-how allows to successfully guide each client through the process that leads to the definition of an aesthetic idea, developing design solutions and details that are both decorative and functional to accomplishment of the clients’ brief. BBA has developed solid relationships in the field of contracting and has a deep knowledge of the world of Italian craftsmanship. Such wide network allows BBA to manage the project in all its phases from the develpment of innovative and creative solutions to the engeneering of constructive details together with the millworkers, ensuring an efficient delivery and compliance with deadlines. 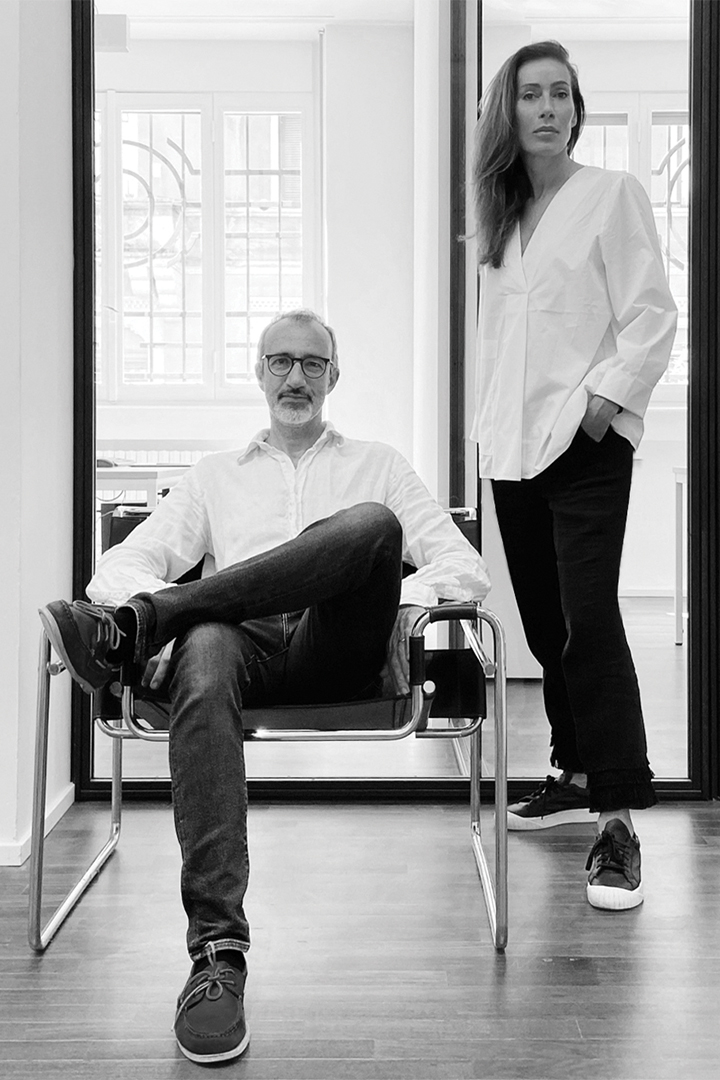 Graduated from the School of Architecture of the Politecnico of Milan, she specialized at Les Ateliers (ENSCI) in Paris and she then collaborated with Paolo Deganello (Archizoom Associati) to the development of Industrial Design projects and with Studio Quattro Associati she followed up retail projects for different brands. She joined Antonio Citterio & Partners (1998-2000) where she contributed to the design project of several boutiques in the luxury retail sector, from concept design to construction. She worked as Project Manager at Giorgio Armani Spa and then joined Valentino Spa as Worldwide Store Planning Manager. She founded BBA in 2005

Graduated from the School of Architecture of Politecnico of Milan, he collaborated with different international Architecture studios as Rob Krier Christoph Kohl and HPP International (1993-1996) in Berlin and Antonio Citterio & Partners in Milan (1996-1999). In 1999 he founded his own Architecture studio in Milan. From the very beginning, his interest focused on the retail sector and he collaborated with brands such as Valentino, Giorgio Armani, Cerruti, and Gruppo Marzotto to the development of new design concepts. He worked as assistant to Professors Marc Colomb and Yves Lyon at the School of Architecture of the Italian Swiss University. He founded BBA in 2005.